For Lexi Limer, it seemed normal for boyfriends to force themselves on her.

One of Jessica Hayes attackers reached for her genitals so hard he tore her clothes.

These Salem women joined millions online in the international #MeToo conversation about sexual assault and harassment.

Salem participants want survivors to feel a sense of healing and empowerment, for assailants to be held accountable and for policies to create real change.

The two simple words reverberate for women and men who have experienced everything from an inappropriate joke or an unwarranted touch, to stalking or rape.

In Salem, there were 38 reported cases of rape in 2016, according to FBI data. The same year, domestic violence programs received more than 1,100 calls about sexual assault in Marion and Polk counties.

Since 2013, 778 complaints of sexual harassment have been filed with the Oregon Bureau of Labor and Industry.

Burke told CNN the #MeToo is a way for girls and women to say “I am not ashamed” and also a way to say “I see you, I hear you and I understand you.”

Your body is yours

Her mother would shelter people living on the streets, who often used the chance to touch her. She would scrub her skin in the shower until she bled.

Over the years, abusive boyfriends made her think she had to have sex with them, whether she wanted to or not.

“#MeToo … When I rolled over and tried to sleep through it. When I was at work. When I thought that was the only way you would ever love me back, I was wrong,” she wrote in her post on Facebook Monday. “Never let somebody else take control of your body. It is yours. PERIOD.”

Lexi Limer of Salem posted a #MeToo status on Monday, Oct. 16, 2017, speaking up against sexual assault and harassment. (Photo: Courtesy of Lexi Limer)

It wasn’t until speaking with a mentor that Limer, 20, came to terms with the fact that these assaults should not happen and do not define her. She posted her #MeToo status to help other young women realize these attacks are not their fault.

Women in college, ages 18-24, are three times more likely than women in general to experience sexual violence, according to the U.S. Department of Justice. Women the same age who are not enrolled in college are four times more likely.

People who identify as transgender or Native American are at the greatest risk of sexual violence.

Jayne Downing, executive director of the Center for Hope and Safety in Salem, wasn’t surprised by how many people in the area posted a #MeToo status.

“It’s a good thing awareness is coming out,” she said. The center offers services for survivors and their families, as well as others looking to help or in need of resources.

While Downing hasn’t seen an uptick in volunteers or reports this week, she said there has been, over the last year, a “heightened awareness to speak on these issues.”

She said there has been a wave of people asking, “What can I do?” “How can I speak up?”

Jessica Hayes was told by one of her attackers that he would kill her if she said anything. Another didn’t listen when she said she just wanted to take a nap. A third laughed and said, “You wanted it anyway.”

While Hayes, 30, doesn’t live in these memories, she will never forget.

“People should know that various degrees of assault can happen,” she said. “I want people to know even if you’re in a relationship, you can be at risk.” 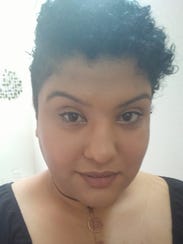 She also said it is important to understand it can happen more than once.

More than one-third of women who report being raped before age 18 also experience rape as an adult, according to the National Sexual Violence Resource Center.

“We need to never stop talking about it,” she said. “I can think of many times I have seen something that I should have spoken up about, but I didn’t.

“People don’t want to get in other people’s business, but sometimes we should.”

In her #MeToo status, posted on her Kate Brown for OR campaign page, she said she has seen sexual harassment since she was a young lawyer, describing it as an “all-too-common experience.”

“It is a daily reality for many women & Oregonians,” she wrote. “Everyone deserves (to) feel respected and safe as they live, work, & walk down the street. We must all put in the work to make this vision a reality.”

Brown told the Statesman Journal she is grateful there has been strong leadership in Oregon clamping down on the behavior.

“There have been really clear messages that this is unacceptable,” she said. Brown pointed out Oregon is among the top states for the number of women serving in government, meaning it could be worse in other states.

Brown is working on legislation to close loopholes in gun laws that contribute to intimate partner violence. She said she hopes the #MeToo movement starts to change the conversations, but she is hesitant after so many movements have been unsuccessful.

Oregon Labor Commissioner Brad Avakian said there has been a steady stream of sexual harassment complaints made to his office in recent years.

The Oregon Bureau of Labor and Industries investigates claims of workplace and housing harassment. These include pursuing someone for a date when it is not welcomed, explicit sexual advances or incidents as extreme as the recent child prostitution case involving Stars Cabaret.

Though more than 700 complaints have been filed since 2013, Avakian is sure that is a fraction of the problem.

One study found 75 percent of workplace harassment victims experienced retaliation when they spoke up. Avakian said this is a common reason why people don’t report.

Additionally, only a small portion of sexual assault or harassment reports result in action.

Out of every 1,000 rapes nationally, only six rapists will be incarcerated, according to RAINN, an anti-sexual violence organization.

“All of this is about power,” Brown said, referring to an abuser’s need for control. “I hope the number of women speaking out will change the conversation once and for all.”

He was a church volunteer and saw Braun, the son of a pastor, as the perfect target.

To encounter someone who wanted to have fun was rare and something I grabbed onto. But this was a ploy. First, it was inviting us to his house. Then it was buying us stuff. Then it was encouraging us that having one drink w/ him was ok.

All these were little tactics to get us to trust him, get us a little closer. Then came the soft-porn movies, sexually explicit conversations.

His tactics were the very worst in my book — using assumed spiritual authority to bait young men into impossibly comprising situations.

It was not until he made his move on me that I realized what he was doing, that I wasn’t the only one. It was all calculated.

The death of Tyler Braun’s abuser earlier this year triggered him to share his #MeToo story.

“I am sure there are a lot of people that have not shared, and a big reason I think is that they don’t want the other person to find out,” he said. 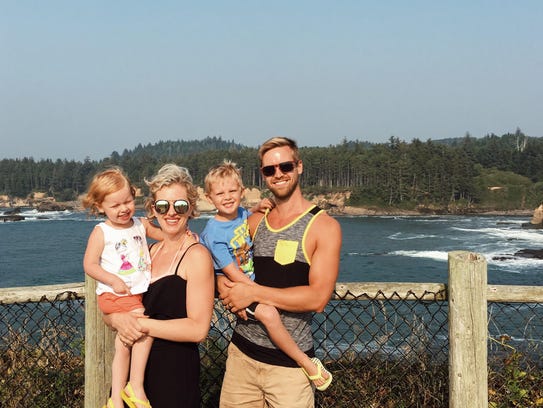 Tyler Braun, a pastor in Salem, poses with his wife and kids for a photo. (Photo: Courtesy of Tyler Braun)

While the majority of sexual assault survivors are women and the majority of perpetrators are men, one out of every 10 rape victims are male and 1 in 5 men have experienced a form of sexual violence other than rape in their lifetime.

Some men, like Braun, shared their own stories with #MeToo, while men who consider themselves supporters or allies used the hashtag #IWill or #HowIWillChange. They vow to respect their partners and to intervene when they see these things happen.

Braun sees #MeToo as an opportunity to heal.

Despite his past, Braun became a pastor, working to be more involved and be part of the solution.

“There is a piece of me that went through a lot of hard stuff as a young adult and young man and saw the dark side of what church can be,” he said, “I want to do it better.”